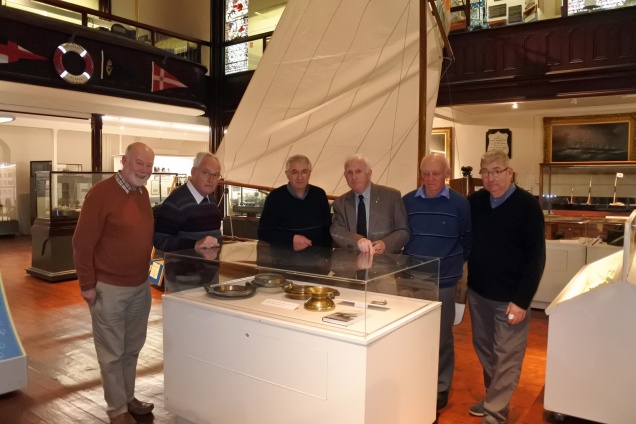 Many will know of the recent sad passing of John Cave, President and founder of the Holyhead Maritime Museum. John’s commitment and contribution to his home town of Holyhead is immeasurable. His knowledge of the history of the town and especially its maritime heritage was second to none. He with others made sure that significant events in the town’s past were brought to the community’s notice and commemorated with due reverence and dignity.
As a leading member of the RMS Leinster Centenary Commemoration Group he was actively participating in developing plans for this year’s commemoration at Holyhead. He was particularly keen to encourage the involvement of the town’s younger generation in events planned for October.
John was passionate that the loss of RMS Leinster and those on board should be adequately remembered as the centenary approaches. As part of John’s legacy to the town the Commemoration Group will press on, albeit without John’s guidance and wisdom, to deliver a commemoration that he would have been proud of.
The Holyhead Maritime Museum has maintained a close relationship with the National Maritime Museum of Ireland at Dún Laoghaire over many years. The photo is from a visit a few months ago to share information relating to the forthcoming commemorations.
In the photo – John Cave MBE and Barry Hillier from Holyhead Maritime Museum with Padraic O’Brolchain, Philip Lecane, Brian Ellis and Seamus O’Connor from the National Maritime Museum of Ireland. They stand at a display of artefacts from RMS Leinster.