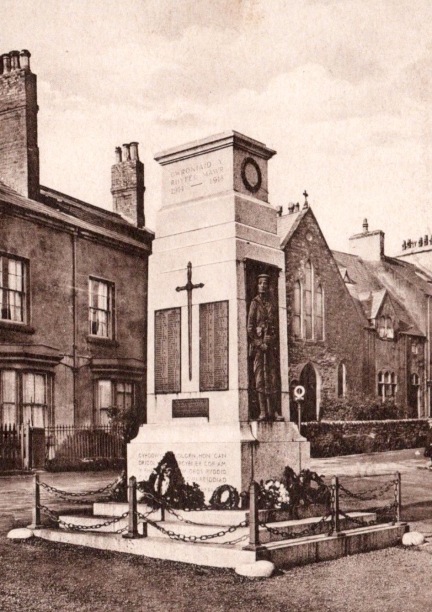 The Holyhead War Memorial (The Cenotaph) was unveiled in September 1923. It serves to commemorate 288 men and women from the town lost during the Great War of 1914 – 1918 and 140 from the Second World War, 1939 – 1945. Guardsman David Williams, lost during the Falklands conflict, is also commemorated.

The twenty-five who perished on RMS Leinster are listed on a single panel. Two others are included on the Army panel – Lieutenant William James Singleton and Private Owen Hughes.