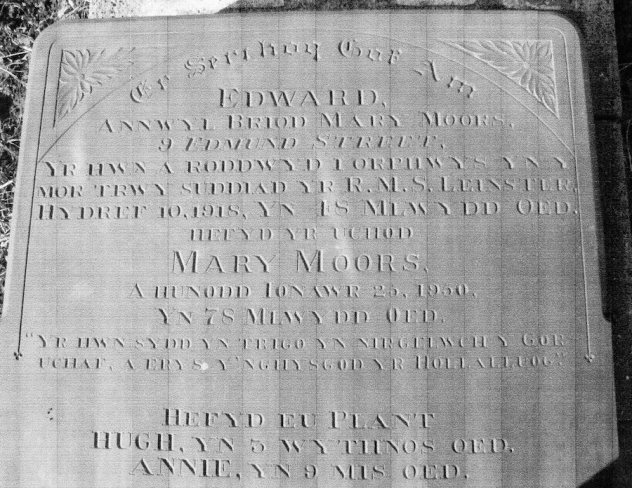 Engineer’s Steward Edward Salisbury Moors was born at Birkenhead, close to the Lairds Brothers shipyard where RMS Leinster was built. He married Mary Richards at Holyhead in 1895 and together had 11 children.

He was aged 48 when he was lost on the Leinster. At the time he was living with his family at 9 Edmund Street, Holyhead. He had previously worked as a Stoker on other City of Dublin Steam Packet Ships, including one of RMS Leinster‘s sister ships, RMS Connaught.

His body was not recovered for burial. He is commemorated on the Holyhead War Memorial and the Tower Hill Memorial, London. He is remembered on a family grave.